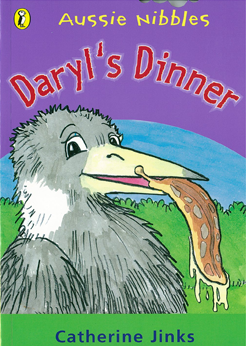 A title in the ‘Aussie Nibbles’ series for very young readers, this is the story of Daryl, the baby magpie, and how he learns to find his own food – despite many disgusting mistakes and setbacks.

‘The high-tech world of the “Genius” series is again going to fascinate readers; the stakes are high, and the pace keeps
the reader wanting to know what happens next. This is a thoroughly enjoyable addition to the series.’
Australian Bookseller and Publisher